The world from my eyes…

I’ve been catching Emirates flights for the past 7 to 8 years and each time it’s been a great all-round experience but this flight did not quite meet the expectation I always had.

I have to say, the in-flight entertainment was fantastic! A plethora of films, tv programmes, music channels to choose from covering everything from Hollywood, Bollywood, Pakistani dramas and World Cinema – I was impressed! Whilst I did sleep for the majority of the 7 hour flight, I did watch Bollywood film Queen which I’ve been wanting to watch for ages. I loved the film, it was a great film and Kangana’s acting was fantastic! I also managed to fade in and out of The Avengers which is one of my favourite films. When it comes to entertainment, Emirates gets a solid 10/10.

However the food was not! I think generally we’ve all come to expect that plane food is pretty rubbish but I clearly remember Emirates changing this and bringing in some edible dishes but hey ho looks like they’ve fallen back into the stereotype. In our main lunch meal, we were served Dill and Prawn salad (who wants sea-food on a plane?), Chicken Curry & Rice and a Chocolate mousse/cake for dessert. The starter and mains looked very unappetising but the dessert was nice. Overall, not at all impressed with the food available.

From the strong smell of body odour hitting my nose every time the man next to me moved, the woman in front who threw up every 30 minutes and the noisy family three seats down, it wasn’t my best experience with Emirates. With that being said, I fly with them again tomorrow from Dubai to Mumbai so let’s hope it’s a better journey. 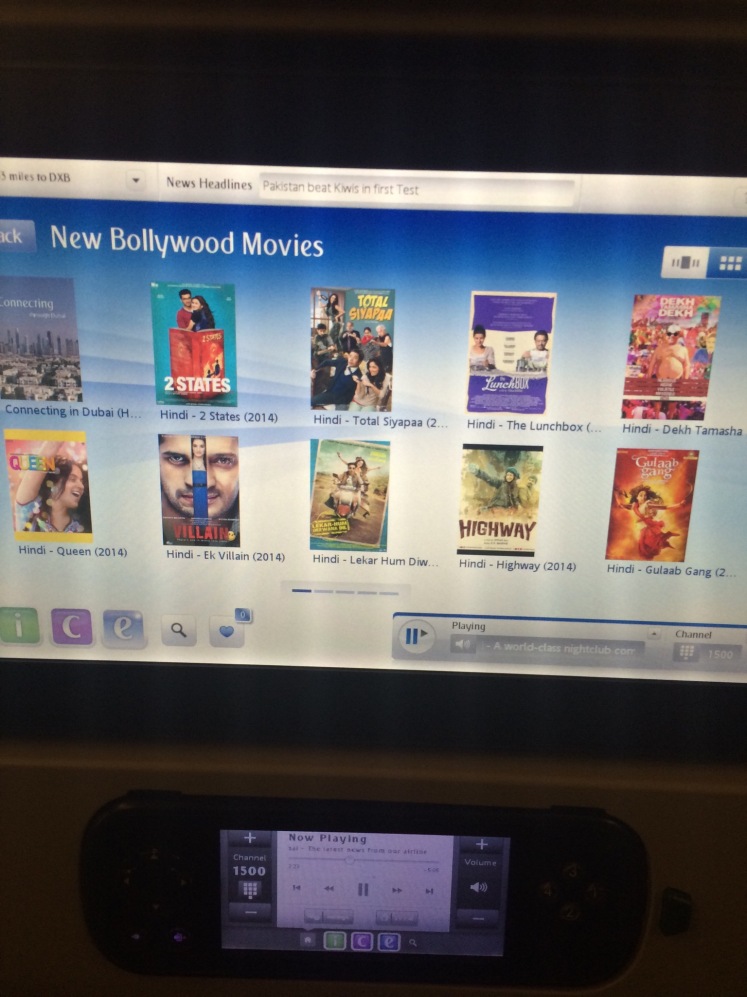